How Argentina is Changing its Gas Industry for Investors 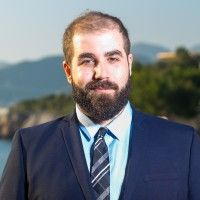 One of the biggest priorities in the Argentinian energy agenda is the development of a gas and energy transition-focused industry, generating new projects and incoming LNG investment.

Since 2017, Argentina has made significant headway in its renewables industry, with over 200 renewable energy projects awarded within the past 5 years thanks to the RenovAR and MATER programmes, and hundreds more to come. The country’s green energy industry has a forward momentum, with Argentina securing a 15 GW green hydrogen project, the biggest green hydrogen facility in Latin America as a shining example.

While the country has been moving forward with green projects, it is struggling to greenlight new oil exploration & production projects. One of the biggest priorities in the Argentinian energy agenda is the development of a gas and energy transition-focused industry, generating new projects and incoming LNG investment. Vaca Muerta plays a pivotal role in this initiative, being in a prime position to develop into a gas node for the region.

New midstream projects have been greenlit in Vaca Muerta in order to provide the country with gas and set up for future exportation. Furthermore, the country is positioning itself to begin exporting gas to its neighbours, with the Transandean Pipeline refurbishment nearing completion next year, increasing exports to Chile and fueling the country’s own gas expansion initiatives.

In addition to Chile, Argentina is negotiating with Brazil for the construction of a $1 billion pipeline connecting the Vaca Muerta shale gas reserves with the country, opening Vaca Muerta to an ever-growing market.

In 2020, Argentina launched the Gas Plan IV in order to ensure that electricity and gas demand is met through domestic production. The Gas Plan IV aims to guarantee that this demand is met at sensible market price, and will replace costly imports from Bolivia, where Argentina get 72% of its total energy imports, an average of 133 kboed.

In order stimulate natural gas production and increase competition in the country, Argentina awarded 23 contracts to the winning companies, which include Tecpetrol, Pampa Energia, and the state-owned YPF. According to the new plan, a new tender is planned before every local winter to prevent energy shortages during the peak season. Under the new Gas Plan, operators must commit to supply contracted volumes for a period of four years, with the possibility of a four-year extension, resulting to an eight-year stable contract.

Furthermore, Argentina has dollarised its contract prices, providing increased stability and addressing investor concerns. Where prices are concerned, a new basin price cap of $3.21 per mmbtu of gas, has been included. The Gas Plan has has already started positively affecting E&P activities, with Vaca Muerta exploration activities having been revitalised, with Neuquina basin production increasing by 19% within 5 months. Even though the plan was not launched in a timely manner to safeguard the market for this winter, it is addressing a lot of international and regional investor concerns, while positioning the country for the Decade of Gas Latin America is experiencing.

How these changes will continue to affect the country's market remains to be seen, but one thing is for sure: the plan's positive impact is beginning to be seen. With diligent application, and an open dialogue between Argentina's energy regulation bodies and investors, the plan can continue to lay the road for the country's gas industry growth not only for internal needs, but for future exporting to its energy-hungry neighbours.

To meet with investors and Argentina's decision-makers, join the official 2nd Argentina Energy Summit on 23th-24th August 2022 and find out how to get involved in Argentina’s gas and renewables tenders, and midstream opportunities. 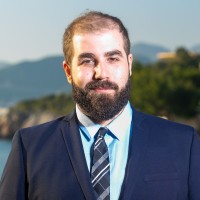